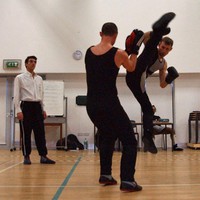 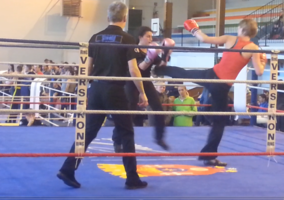 Join us at international competitions

Savate is a kickboxing sport that has its roots in 19th century French fighting styles.

Savate (pronounced Suh-vat) is a fast paced and accurate form of combat. It dates from the early 1800s and is a mixture of French kicking and English boxing, making it a rare European martial art. The strikes are taught to be precise, effective and fluid.

Savate was formalised in 1830 when a French fighter was, reportedly, beaten by an English boxer and merged the best of each style to create Boxe-Francaise. The art was nearly extinguished with the casualties of two World Wars, but today enjoys a resurgence with a worldwide following.

Savate is composed of a number of Associated Disciplines:

We practise Boxe-Francaise Savate at Guildford, training for Assaut and Combat competitions